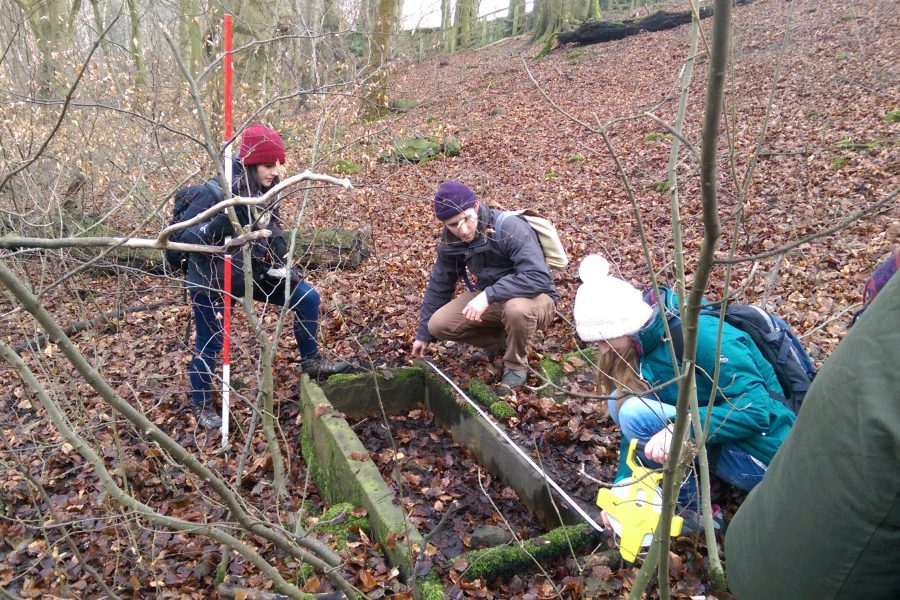 The Woodland archaeological report for Park Wood, Keighley is now available. The woodland was investigated as part of the Pennine Prospects Celebrating Our Woodland Heritage project in January 2017.  This community-based archaeological investigation was the first of its kind at the site, and led to the identification of 55 monuments of archaeological significance. All of the features recorded can be regarded as post-medieval in origins, although the site of Park Wood Top a historic farmstead site located at the summit of the hill within the south of the woodland has the potential to predate this period.

By far the largest concentration of sites relate to the historic extraction of the underlying millstone grit bedrock. Not only is this evidenced by the quarries themselves, but also the network of tracks within the woodland which serve to connect the extraction sites with Keighley to the west.

Despite being recognised as ancient woodland, the character of Park Wood is greatly influenced by the 19th and 20th century. Evidence relating to its earlier use or its relation to neighbouring fields (particularly to the north and west) is difficult to ascertain. In the case of its association with neighbouring fields, the now relic boundaries are diminished to a degree that they are barely visible. The woodland too, is encroaching into what were previously fields which lay between the wood and Kendal Street.